Brickipedia
Register
Don't have an account?
Sign In
Advertisement
in: Class 4 articles, Articles in need of expansion, Castle (2007) Minifigures,
and 3 more

Giant Trolls are creatures from the Castle theme.

Giant Trolls are strong and brutish but also slow and clumsy creatures. Originally seen in 7036 Dwarves' Mine, they are counterparts of the smaller and more feeble Troll Warriors. Giant Trolls are sometimes used for carrying war vehicles such as the 7038 Troll Assault Wagon. 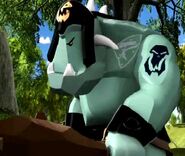 Hogar the Troll from Clutch Powers

A prototype of the giant trolls 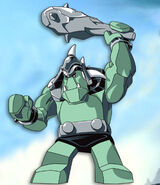