Gilbert is a member of Cedric The Bull's "Bull Knights". Gilbert is Cedric's expert on building attack machines.

Gilbert also appears to have lost an eye however it is never officially explained of how he lost it.

According to LEGO Adventures! Magazine issue 15, Gilbert created the idea of using catapults to launch Cedric into King Leo's castle.

Gilbert as seen in building instructions 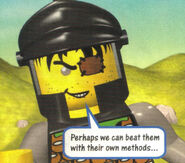 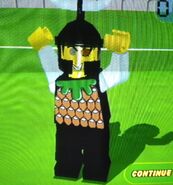 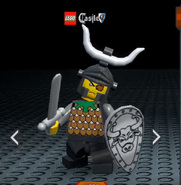