This article is about the generic Harry Potter minifigure. For other uses of the term, see Goblin (disambiguation).

A Goblin is a creature in the Harry Potter LEGO theme. Many goblins work at Gringotts Bank.

Goblins can be found in two sets. 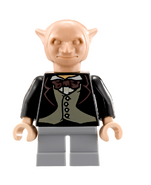 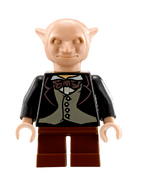 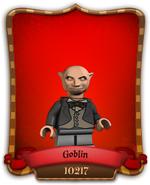 A goblin in the video game