"Hello? I hope somebody called my wife..."
―Hawkman in the first LEGO Batman 3: Beyond Gotham post-credits scene

Hawkman wears a golden helmet with large wings attached to its back, a small, beak-like nose, and large holes which show his eyes. He has golden wings on his back which seem to be the same mold used for the Flying Mummies from the Pharaoh's Quest theme, but much more flexible. He has no arm printing, but has torso printing featuring a muscular body with no clothing except for golden straps coming down from his shoulders and around his side with his symbol, a red circle with a black hawk inside. Legs printing includes green ripped-up cloth and golden boots.

He has back printing of the backs of the yellow straps and lines to give his back more shape.

He carries a silver mace, as well.

Prince Khufu and his lover Chay-Ara's souls were strengthened by Nth metal, a substance which could defy gravity. However, they were murdered by the evil priest, Hath-Set. Due to the Nth metal strengthening their souls, Khufu and Chay-Ara were continuously resurrected and destined to find love in each other before they would be murdered by Hath-Set's reincarnation and the cycle would start over again.

In his current life, Khufu is Carter Hall, an archaeologist. Carter discovered the dagger that the priest used to murder Khufu, received memories of all of his past lives, and recognized Shiera Sanders as Chay-Ara and Anton Haster as Hath-Set. Haster kidnapped Shiera shortly thereafter. Carter used created a hawk-costume and used Nth metal so that he would be able to fly and rescue Shiera, which he did successfully. He continued to fight crime as "Hawkman" and was eventually joined by Shiera as "Hawkgirl".

Above, in italics, is his comics origin. His LEGO origin is unknown. 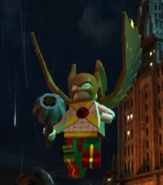 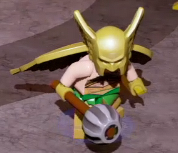 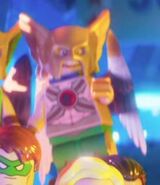