The storyline is based in Makuhero City.[1] The largest building and trademark of the city is the Assembly Tower, 589 meters high, 715 meters wide and 924 meters long tower, located in the center of Makuhero City.[1] It is driven by "cold fusion" and it employs a total of 11,127 employees.[1] This tower is the "Hero Factory" that constructs various robot heroes which are sent out when the Call Center receives calls from victims. They can report their emergency and call on a robotic hero. Founder of the Hero Factory is Akiyama Makuro.

Starting in the "Summer Surprise" issue of LEGO Club Magazine in July-August 2010, pages 8 and 9 described a Hero Factory Hotline that can be called: 1-888-4-HERO-FACTORY, also shown as 1-888-443-7632. The hotline enables callers to either broadcast a villain that is causing terror, or send a shout-out to friends. These calls are analyzed by Professor Nathaniel Zib from Mission Control of Hero Factory on certain podcasts, and offers advice to callers of proper procedure, or an advance on the story of the villain. DJ Mak Megahertz, the host of the show, reads fan letters and comments on the material of the letter.

Hero Factory FM podcasts are available to download from the following websites: 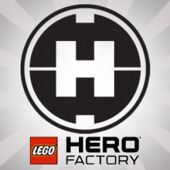