The Hungarian Horntail is a Dragon from Harry Potter. The dragon is mainly brown and has a spiked tail.

Harry Potter fights the Hungarian Horntail in the Triwizard tournament. It was the most ferocious of the four dragons in the first challenge, and the most dangerous. Harry's goal was to retrieve a golden egg that held a clue to the next task. The other 3 competitors had to do the same thing with different dragons. Harry knocked out the Dragon by making it crash into a large brick wall. 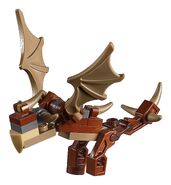 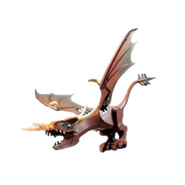 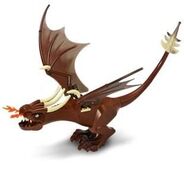