The Insectoid Larva is a Galaxy Squad minifigure released in 2013. It has appeared in two sets.

The larva is small and curved and looks roughly like a scorpion without pincers or legs. It has six segments, each defined by a small indent traveling its circumference to make a ring. The two largest segments make op the main body and have a hole one each side of them, where their black, spike-like legs are located. One of the segments is connected to the large head, which has four mandibles and, on one side, two large red eyes in front of a flat head plate, and on the other a pair of wide-set small red eyes with a large lump between them. This lump is where the transparent neon green wings are located.

Insectoid larvae were the basis for a large portion of the alien army. They were often utilized as weapons, their pods being launched through the air, splitting in half midway and allowing the larva to attack Galaxy Squad infantrymen. The alien Mantizoids were known to harbor and use these larvae in this manner. 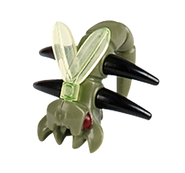 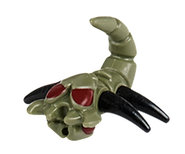 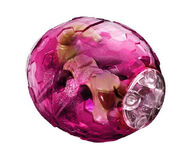