Jake the Dog is an Adventure Time minifigure released on September 27, 2016 as part of LEGO Dimensions.

Jake is the son of a shapeshifter who planted its egg on the head of Joshua the dog. Joshua and his wife Margaret raised Jake as their son, since he looked just like them, and currently Jake helps Joshua and Margaret's other adopted son, Finn the Human. 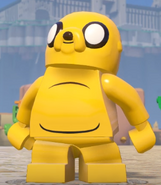 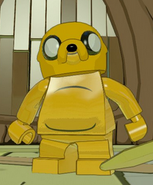 In LEGO Dimensions
Add a photo to this gallery

Retrieved from "https://brickipedia.fandom.com/wiki/Jake_the_Dog?oldid=1978116"
Community content is available under CC-BY-SA unless otherwise noted.