Jek-14 is a minifigure released in 2013. He is an original character from The Yoda Chronicles.

Jek-14 has black, slicked down hair. He has a double sided face with the front having a serious expression with light blue eyes. The other side has a power-crazed expression with white eyes, bordered by light blue, with blue lightning emanating from them all over his face. The front of his torso is primarily white with a white and red breastplate. He uses a blue Lightsaber with a white hilt. Below his breastplate is a small, rectangle. At the bottom is a red and white utility belt, and red and white leg armor. He has a transparent blue left arm which is his lightning arm and a white right arm. His hands and hips are medium stone grey.

In The Yoda Chronicles, Count Dooku and General Grievous stole the lightsabers belonging to Yoda's Padawans, so they could use the crystals inside of them to create an army of Sith-enhanced Clone Troopers. Yoda, Mace Windu and R2-D2 arrived, to stop them. When they had defeated Dooku, he used the force to push the crystal towards one Clone Trooper, who awoke. They were unable to fight him, because he was so potent with the force. He choked Yoda with the force, outside and prepared to kill him, but Yoda and Mace Windu were saved by the Padawans.

Menace of the Sith

The Sith Clone was later introduced to Palpatine and other villains on Geonosis. He chose not to fight for the Sith in, and decided he just wanted to create things with the force. Jek escaped Geonosis, after Yoda and Dooku chased after him, attempting to persuade him to join each of their sides. Dooku and Grievous captured him, and cloned him to finally make their army of Sith Clones. While this was occurring, Anakin Skywalker blew up the Malevolence, causing the army to come crashing towards Corusant. Darth Sidious was there, and saved them with the force, while no one was looking, to protect his identity. Grievous carelessly threw Jek out of the Malevolence, knowing the Sith had no more reason to use him. The Sith Clones began attacking the Jedi Temple, but they were saved by Jek-14, who destroyed his clones, and sent Count Dooku and General Grievous flying into space. Jek then told the Jedi to leave him alone, and flew away in a Headhunter.

Attack of the Jedi

Following the events on Coruscant, Jek was forced to help the jedi again by to reassembling the scattered LEGO bricks from the Republic fleet into a large warship. However, he elected not to accompany them to Mustafar and remained on the asteroid field only to later change his mind. Jek's arrival was timely because Darth Sidious had eliminated an entire unit of Clone troopers and damaged the Republic warship. Using his droid arm, Jek-14 hurled a bout of Force energy at the Sith and their Padawans, driving them into a retreat.

Escape from the Jedi Temple

After the falling of the republic Jek-14 joined Yoda, Obi-Wan Kenobi, Yoda's Padawans, Senator Bail Organa, C-3PO, R2-D2, and the Jedi Knight Rusty a mission to recover the Jedi holocrons from the Jedi Temple on Coruscant. After sucefully stealing the holocrons Jek and the Jedi then fled into space where they were pursued by Darth Vader. Before Vader could eliminate them, the Jedi were saved by C-3PO and Senator Organa who swung their starship into Vader's TIE fighters, allowing them to flee into hyperspace.

Many years later, Jek was once more called to help the jedi to get the holocrons back. The clone travels to Tatooine on his starfighter and manages to meet up with Luke and his companions who were being attacked by the Empire. Later Jek alongside Luke, Han and the rebels storms the temple looking for the holocrons. After finding Palpatine and the holocrons Luke tells Jek to destroy the artifacts since they are worth more to the Emperor than to the rebels. Back on Kashyyyk Luke is despondent for destroying the holocrons until Jek-14 reveals that R2-D2 had managed to obtain a holocron. Luke then activates the holocron and sees a recording of his father.

Clash of the Skywalkers

Having completed his services to Luke and the Rebellion, Jek-14 decided to depart on his scout fighter for his retirement.

The Freemakers traveled to the planet Zoh, looking for "the Maker of Zoh" who turned out to be Jek. He trained Rowan Freemaker to better use the Force after hearing how Rowan had been tricked by the Sith. He taught Rowan how the dark side of the Force was used to destroy while the light side was used to create and protect. When Naare arrived on the planet looking for the scavengers, Jek fought the Sith to allow the Freemakers to escape. Jek was defeated but not before yelling to Rowan to trust in the Force and to be a builder. 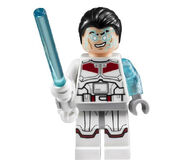 Jek without his helmet 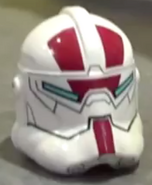 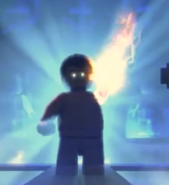 Jek-14 as seen in The Yoda Chronicles 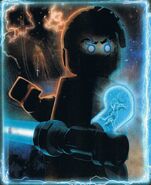 A portrait of Jek-14 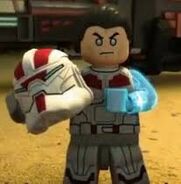