John of Mayne is a knight appearing in the Knights' Kingdom theme. He is Richard the Strong's partner. He also taught Princess Storm how to fight in secret and has feelings for her. He appeared in four LEGO sets, and he has also appeared in three video games; 5774 LEGO Island 2: The Brickster's Revenge, LEGO Creator Knights' Kingdom and 5784 Soccer Mania. In LEGO Island 2, John of Mayne is seen on Castle Island, on the Lions side of the island. In Creator Knights Kingdom, he is introduced to the player by Richard the Strong, before the player is able to use him when creating their kingdom. In Soccer Mania he is a member of the Leo's Lion's team and is his first and only by far appearance as a playable character. 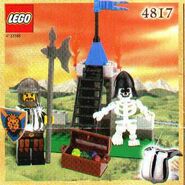 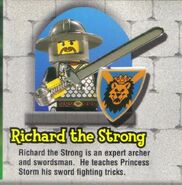 John is incorrectly called Richard in the Lego Mania Magazine 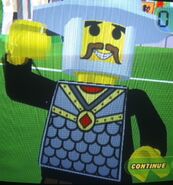