A lieutenant at the D’Qar Resistance base, Kaydel Ko Connix served as a junior controller, coordinating communications between the Resistance pilots attacking Starkiller Base and their commanders. After her service in the Battle of Starkiller Base, she was promoted to lieutenant and oversaw preparations for the Resistance evacuation on D'Qar. After the base was evacuated, she aided Poe Dameron in the mutiny against Vice Admiral Holdo. One year later, she became an officer on Ajan Kloss. She became quick friends with Rose Tico and Beaumont Kin. 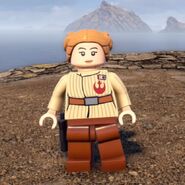 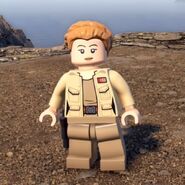