Brickipedia
Register
Don't have an account?
Sign In
Advertisement
in: Articles in need of expansion, Class 4 articles, The LEGO Movie 2: The Second Part Minifigures, Minifigures introduced in 2018
English

Kenny is a minifigure from The LEGO Movie 2 released in 2018. He is a yellow version of the Classic Space Astronaut. 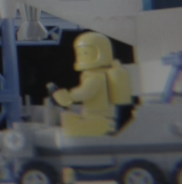