Brickipedia
Register
Don't have an account?
Sign In
Advertisement
in: Class 4 articles, Articles in need of expansion, Minifigures introduced in 2011,
and 3 more
English

Krazi is a Ninjago minifigure released in 2011. He is a skeleton warrior working for Lord Garmadon and wears blue shoulder pads, a jester's hat, a new skeleton torso and legs with boots.

Krazi appears in Day of the Departed as one of a pair of Skulkin who help Samukai kidnap Ed and Edna Walker so that their leader can eliminate Jay; however, he and his compatriot are defeated by Ronin. 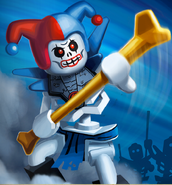 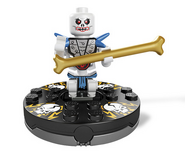 Krazi with a gold bone on his spinner 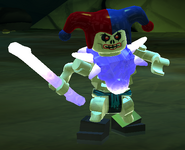