The movie begins when Superman and Batman arrive at LexCorp. When they enter into a large room, they get subdued by a giant, shadowy figure with Kryptonite stored in it's chest as a power source. The robot rockets away, and the scene shifts to two days earlier at the Gotham City Theater, where the Man Of The Year Award is being given away to one of two candidates: Lex Luthor and Bruce Wayne.

A woman steps up to the stand and announces that Bruce Wayne is the winner of the award. Bruce walks up to the stand and, when asked to say a few words, humbly says that he's not sure he deserves an award for helping people in need. Suddenly, Joker's disembodied voice laughs. While the citizens go into a panic, Bruce slips away. Then the lights go out, and when they come back on, Joker boasts of his many crimes, and makes a dramatic entrance, appearing with several Joker Henchmen, Catwoman, Two-Face, Riddler, Harley Quinn, and Penguin. They rob the citizens, and when finished, they demand a speech from Joker. The Crown Prince Of Crime gets interrupted by the Batboat, which smashes through the theater, landing at the table which the villains are sitting. Batman apprehends all of the villains except for Joker, who escapes on a speedboat. A rope descends through the hole in the theater, which turns out to be Robin in his Helicopter.

Differences between the game and the film 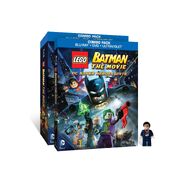 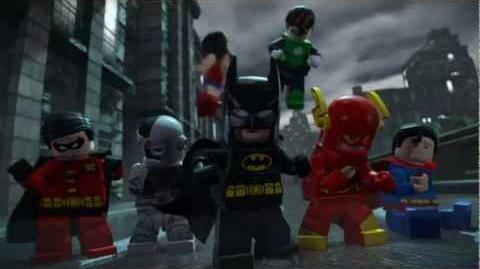