LEGO City Undercover is a City Video Game originally released exclusively for the Nintendo Wii U on March 18, 2013 in the US and March 28, 2013 in Europe. On November 22, 2016, Warner Bros. Interactive Entertainment announced that the game will be released for Microsoft Windows, Nintendo Switch, PlayStation 4, and Xbox One in April 4, 2017 and April 7, 2017 for Europe [2].

This game was first mentioned in The Brick 2009, where it was said, "LEGO City Stories will have a more loose central story that will encourage the player to explore a wider variety of side stories and challenges". The game was then advertised at the back of LEGO set instructions from 2011 City sets. The advertisement took up two pages. On the first, it showed a code, from which arrows fan out, pointing at a DS with the game, a computer monitor with the LEGO website, and a computer monitor with the comic builder on the site. The second page advertised the game itself, utilizing an in-game snapshot. The game was officially confirmed to be in production on June 7th, 2011, at E3 2011 and will be available for Wii U on March 18th, 2013 and in Europe on March 28th 2013 [3] Additionally, a prequel, LEGO City Undercover: The Chase Begins, was released for Nintendo 3DS on April 21st, 2013 in North America and April 26th, 2013 in Europe. The game itself takes place during 2012-2013.

Chase McCain returns to LEGO City after accidentally revealing Natalia Kowalski’s identity live on national TV after Natalia provided evidence that helped arrest Rex Fury. Chase was brought back by ship by Mayor Gleeson to investigate a crime wave she believes Rex Fury is behind, as he is a criminal mastermind and had escaped from Albatross prison. Chase is brought to the police station, where he meets Frank Honey and an apparent old foe, Marion Dunby, who had become the chief. After a briefing, Chase takes care of a bank robbery carried out by the clown robbers. After the mission, Chase bumps into Natalia Kowalski, who reveals that she had to change her identity to hide from Rex Fury and threatens to leave him for her personal safety. Later, Chase takes on a gang of robbers on the TV tower, and finds out from the leader that they were working from Rex Fury. Chase decides to go to Albatross Prison to find evidence of Rex, where he meets Blue Whittaker, who tells him about Rex. After investigating his cell, Chase discovers that Rex used a hammer to dig his way out of prison, leading to an assignment in the Bluebell mine to find more evidence, but instead finds Rex, who knocks him out and escapes. Seeking for guidance to defend against Rex, Chase goes to Barry Smith, who teaches him Kung-Fu by listening to a disc. Chase decides to work undercover with Rex's affiliates, starting with Chan Chuang, a person who owns a chop shop, and works for him by stealing cars for him. He then goes on to work for Vinnie Pappalardo, who assigns him to steal the Bell Pepper Emerald. Dunby then tells chase to get evidence against Chan Chuang by photographing his gang members Doing illegal actions. Chan calls Chase shortly after and tells him to steal a moon buggy since all his most trusted employees had been arrested. Then, Chase is called by chief Dunby to rescue Forrest Blackwell, who has been kidnapped by an unknown criminal gang. Vinnie Pappalardo then assigns Chase a task to steal a Tyrannosaurus Rex skeleton for Rex Fury. After that, Chase decides to head towards the hotel where he heard that Rex Fury and Vinnie were meeting and learns that Vinnie and Rex had a falling out. He teams up with Vinnie to go into Blackwell tower to find a hidden vault of gold, where Moe explains to him about an incident where Forrest planned to build an apartment with a mall in the Bluebell Park, but was banned due to the park housing a rare squirrel, infuriating Forrest. When Chase gets to the Tower, when he opens the vault, he is ambushed by Sentinels, who serve as guards. He outruns them, but when he goes to Pappalardo's Ice Cream Parlor in meet up with Vinnie, he rescues him from Rex's goons, who had frozen him in a freezer in retaliation of Vinnie betraying him. He next goes to the bowels of Rex's hidden base to find Henrik Kowalski, Natalia's father, there he finds that Forrest Blackwell himself is behind the crime wave. Henrik reveals to him a plan made by Blackwell to make an empire on the moon, where Henrik was forced to help make a protective shield for the empire. Upon discovering that Blackwell Tower is actually the rocket that Forrest was planning on using to get to the moon, he sets up force-fields around the tower to prevent the rocket's ignition from incinerating the city. Next, using another rocket, he goes to the moon empire and reroutes Forrest's rocket back to Earth, where Forrest then refuses to go as states that he decided to build his "utopia" (apartment/mall) on the moon instead, still furious about the incident of his cancelled construction project on Bluebell park. After fighting Rex Fury's T. Rex robot, Forrest destroys the tower, and leaves Rex and Chase to fight while he escapes in an escape pod. Chase then defeats Rex, and saves Natalia's spacecraft from crashing into LEGO City. Chase is congratulated for saving the city and Rex is ultimately put back in jail.

The game's case with the Rating Pending rating.

The game's case with the Everyone 10+ rating and Nintendo Network logo. 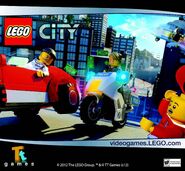 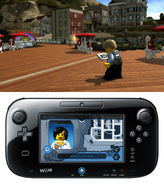 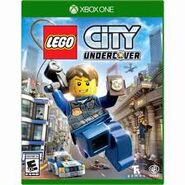 the remastered version on the Xbox One 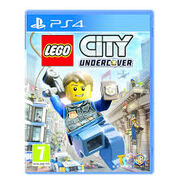 the remastered version on the PlayStation 4 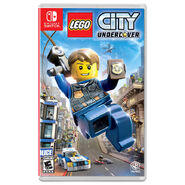 the remastered version on the Nintendo Switch 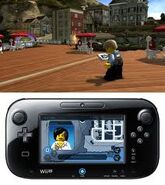 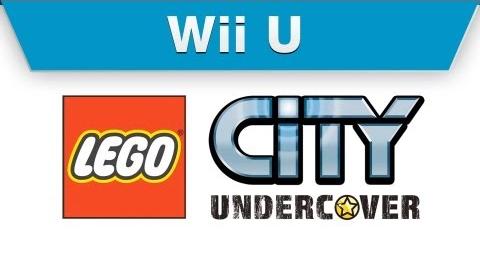 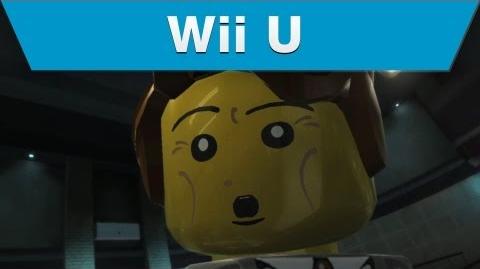 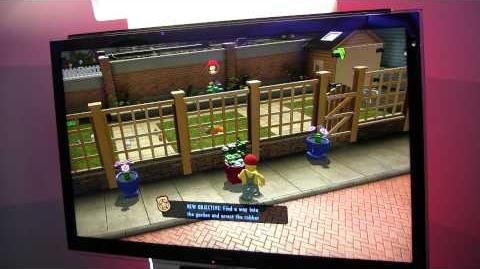 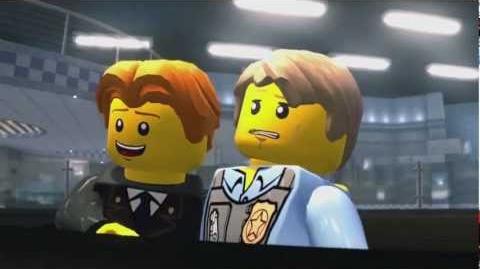 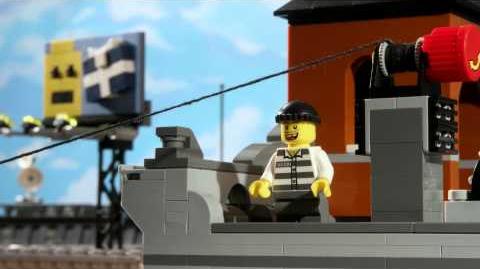 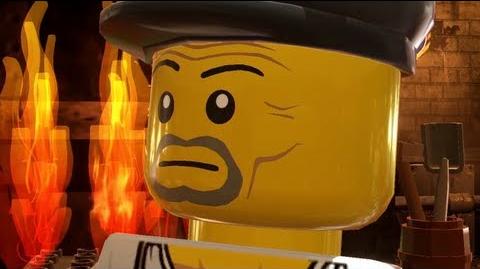 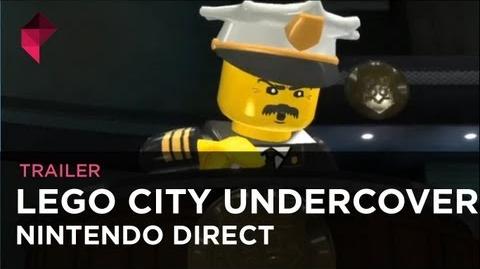 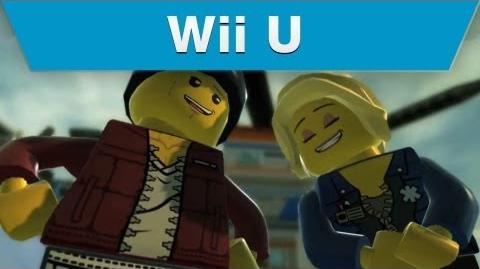 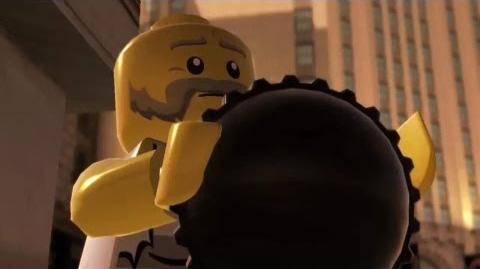 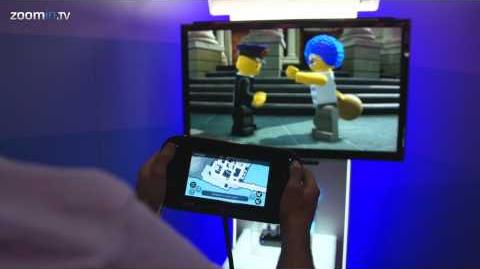 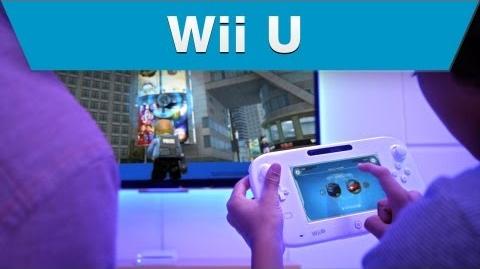 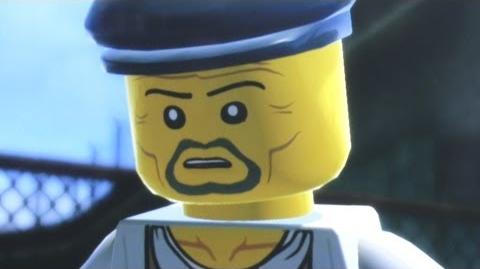 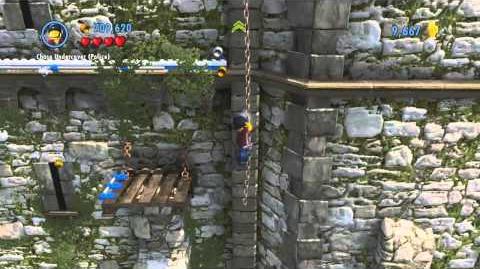 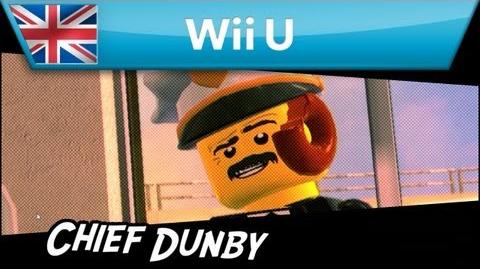 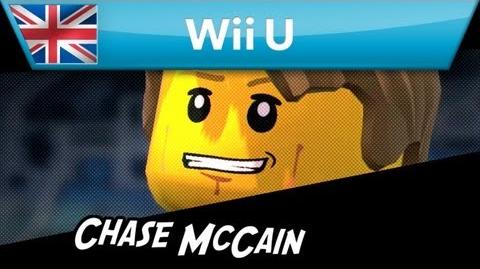 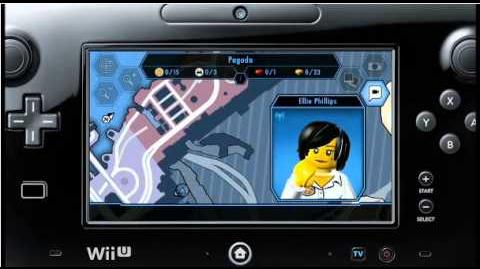 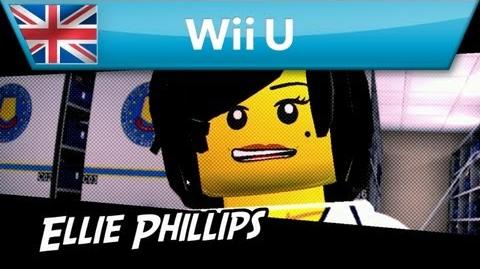 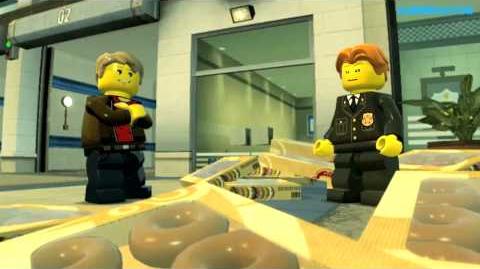 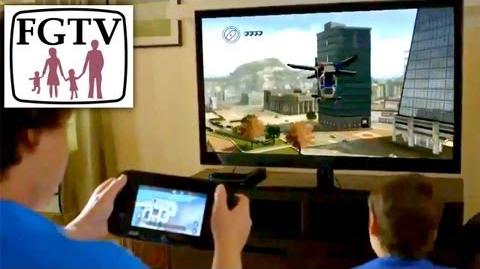 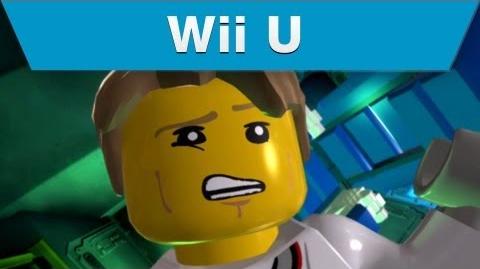 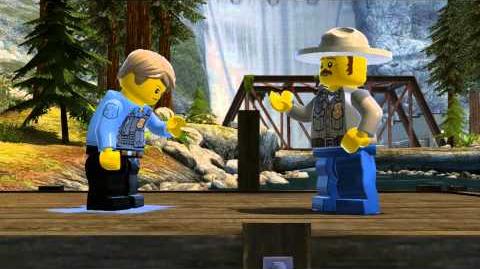 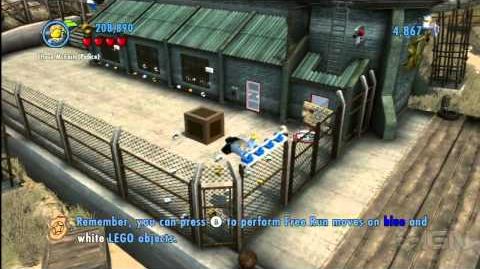 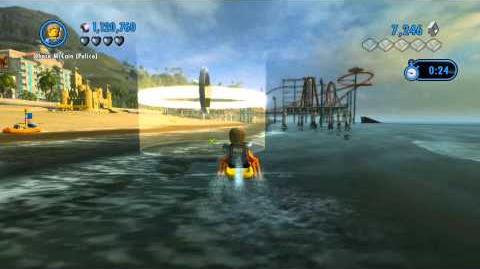 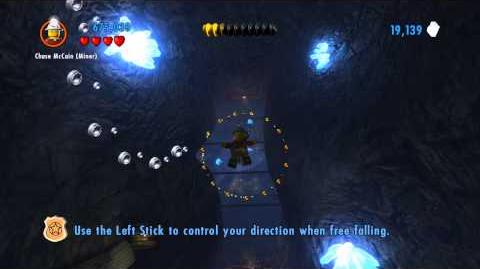 Deutsch
Community content is available under CC-BY-SA unless otherwise noted.
... more about "LEGO City Undercover"
RDF feed
ArticleRating
4 +
Developers
TT Games +
Genre
Action-adventure
Open world +
Image
LCU.jpg +
Img1
Chase McCain Minifigure.jpg +
Platforms
Wii U
Microsoft Windows
Nintendo Switch
PlayStation 4
Xbox One +
Rating
E10+ +
ShopDescription
The Chase is On! For the first time, the … The Chase is On!</br></br>For the first time, the fan-favorite LEGO City vehicles and play sets come to life in LEGO City Undercover, exclusively for the new Wii U console. Players assume the identity of Chase McCain, an undercover detective armed with clever disguises. The mission is to put a stop to the fiendish Rex Fury and end his crime wave in LEGO City. As players run, drive and even fly through the city, they’ll use the Wii U controller as a new police gadget.</br></br>Features</br></br>The Wii U controller is woven seamlessly into the gameplay experience. Players use it to scan for hidden clues and criminals, receive mission updates and place waypoints on an overhead city map that displays their position in real time.</br></br>Experience LEGO City like never before. Encounter familiar play sets come to life as players explore the vast city, looking for clues to bring Rex Fury to justice.</br></br>Players can go undercover with a variety of disguises including a firefighter, a construction worker and even a robber and use their unique abilities to solve puzzles and access new areas of the city. Once you've earned these disguises you'll definitely want to take a break from the story to enjoy some good old fashioned 'off the clock' fun. As Doyle explains, you can't be a good cop all the time: "There's so much more outside of the story. As a robber you can steal cars and try to outrun the police, take part in vehicle and free-running time trials, be a limousine driver, catch renegade aliens, rescue cats, put out fires... the list goes on and on."</br></br>There are more than 100 vehicles for players to collect and use to explore the city, including sports cars, motorcycles and even aircraft.</br></br>Players can expect talking minifigures and parody to deliver the game’s storyline.nd parody to deliver the game’s storyline. +
Theme
City +
Title
LEGO City Undercover +
Txt1
Chase McCain +
Advertisement