LEGO Club Magazine, formerly known as Brick Kicks (Bricks 'n Pieces in the UK), LEGO Mania Magazine and then simply LEGO Magazine until 2008, is the Official Magazine of The LEGO Club. It has many features such as special offers, comics, games, contests, modeling tips, and more.

There are several different versions of LEGO Club Magazine:

Exclusive BIONICLE comic books were, from 2001 to 2010 released with LEGO Club and Brickmaster magazines.

The LEGO Club's current mascot is Max, a minifigure who first appeared in 2008 and has since gone on to appear in the majority of issues since. He will often introduce readers to new themes featured in the Magazine, or talk about upcoming events or changed to the LEGO Club website.

The Great Redini was a floating minifigure head with a turban, who answered questions from LEGO Club members in early issues of LEGO Magazine.

The LEGO Maniac was commonly found in issues of LEGO Mania Magazine, where he would hand out building tips, inform readers about contests, and adventure with minifigures in short comics.

This is a list of all the LEGO Comics in the magazines. 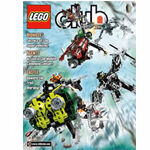 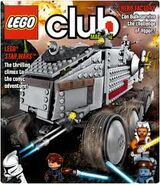 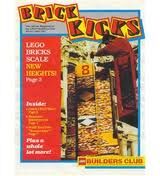 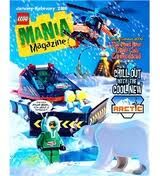 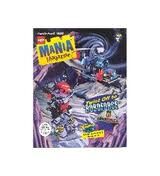 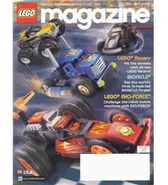 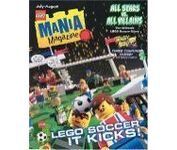 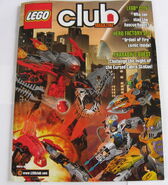