Brickipedia
Register
Don't have an account?
Sign In
Advertisement
in: Class 4 articles, Articles that need to be Brickified, Unfinished,
and 9 more
English

LEGO Digital Designer, commonly abbreviated LDD, is a 3D CAD computer application that LEGO fans can use to design models from an unlimited supply of over LEGO bricks available in nearly every colour, including minifigures and minifigure accessories, flexible tubes, and TECHNIC pieces. Models can be as small or as large as the creator wishes.

In LEGO DesignByMe, after making a model, the creator could design the special packaging and was able to be in control of the backdrop, shadows, shining, and even the back of the box designs. After designing the box, the fan could choose the model's category, from minifigures to buildings to architecture. 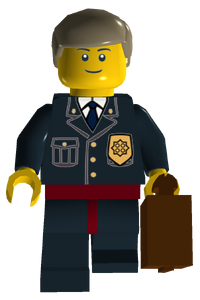 The category selection made it easier for other LEGO Digital Designer users to view and buy the model for themselves. The fan could make as many sets as he or she wanted but only a strict amount of each set could be bought, though an easy way to get around this was to just copy the model and release it again. You could also only buy that year's models because some of the pieces of the model might become outdated.

Starting April 2011, DesignByMe included 31 new Atlantis pieces in the program, although no minifigure parts were updated. Below are the themes that LDD has had:

The system requirements for LEGO Digital Designer are as follows: