LEGO Racers: The Video Game was an unreleased video game developed by Firebrand Games for the Nintendo Wii and DS. It was advertised on set boxes for 2009 Racers sets, but canceled before the release for unknown reasons.

The ad on set boxes was all that was known about the game until 2013, when a developer from Firebrand Games posted samples of work he’d done on the game, and stated it was unreleased without an explanation why. Included were four rendered videos (showing three car models and an animated minifigure), and two in-game screenshots.

The developer said the game was for Nintendo DS, but the screenshots show higher graphical quality than the DS is capable of, and are 640×456 – a standard resolution for Wii games. Going by other games by developed or ported by Firebrand, it seems likely the game was planned for both systems.

This can not to be confused with the 1999 game of the same name.

A minifigure from the game 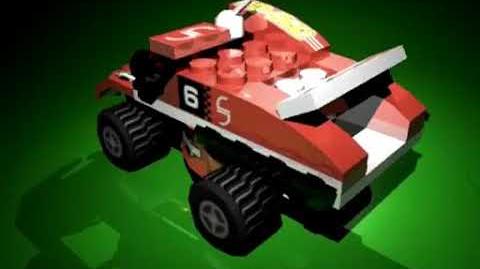