LEGO Stunt Rally is a video game released in 2000. It was developed by Intelligent Games (IG), who had also created LEGO Loco, and was published by LEGO Media for the PC and Game Boy Color. A PlayStation version was in development, but for unknown reasons, it was canceled before release. The game features a track builder which allows the player to create a track in Single Player or Multiplayer mode.

The PlayStation version was initially being developed by Intelligent Games, the studio responsible for the PC version. The PlayStation development team at IG went through several staff changes, and progress on the PlayStation version started to lag behind its PC counterpart. Despite the project starting to catch up, LEGO rejected their prototype, and gave the job to Asylum Entertainment instead (who would later go on to develop Galidor: Defenders of the Outer Dimension).

A build of IG's version for PlayStation, dating to early June 2000, was found by one of its developers and posted on video game preservation website Gaming Alexandria on July 15, 2020. While incomplete, it is believed to be the latest build of this version of the game. The campaign is technically playable, but only the city tracks have unique designs, with all following tracks being a simple placeholder city track. Upon completing the final race with Mr. X, the game freezes on the loading screen. The track builder is somewhat functional, but like the rest of the game, has many bugs and placeholders. Most of the track pieces are similar to the final selection in the PC game, the biggest exception being a magnet trap similar to early concept art for the game.

The prototype of IG's PlayStation version also contains names for all the campaign tracks, even though most of the tracks hadn't been created/implemented yet:

Little has been seen of Asylum Entertainment's version, though one of its developers claims it was completed, but rejected by LEGO Media. 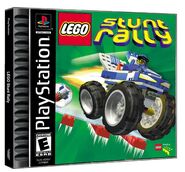 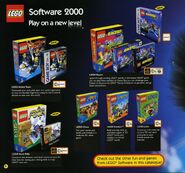 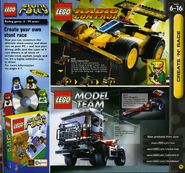 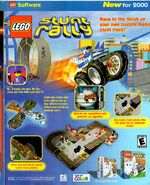 An ad in the September-October 2000 LEGO Mania Magazine

Early versions of the characters

Early versions of the characters 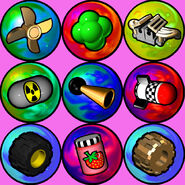