"Can't believe I was so foolish to think I could find Luke and bring him home."
―Leia in Star Wars: The Force Awakens

This variation of Leia has her wearing a brown, wavy hairpiece with a ponytail in the back. Her yellow head is the same that was used in her previous variation with the black pupil-less eyes and a dark red lipstick smile. Her torso is yellow with a dark yellow belly button, dark yellow around the sides, depicting her femininity and a bronze bikini top with cleavage lines above it. Leia's legs and hips are yellow as well with her hips having a bronze bikini bottom with red cloth hanging down onto her legs.

Leia Skywalker Organa Solo was a Force-sensitive human female political and military leader who served in the Alliance to Restore the Republic during the Imperial Era and the New Republic and Resistance in the subsequent New Republic Era. Adopted into the House of Organa, the Alderaanian royal family, she was Princess Leia Organa of Alderaan, a planet in the Core Worlds known for its dedication to pacifism. The princess was raised as the daughter of Senator Bail Organa and his wife, Queen Breha Organa, making her the heir to the Alderaanian monarchy. Instilled with the values of her adopted homeworld, Organa devoted her life to the restoration of democracy by opposing authoritarian regimes such as the Galactic Empire and the First Order.

Born in 19 BBY as Leia Amidala Skywalker, she was the biological offspring of the Jedi Knight Anakin Skywalker and Senator Padmé Amidala of Naboo. Her birth occurred in the aftermath of the Clone Wars, which saw the Jedi Order purged and the Galactic Republic reorganized into the Galactic Empire. With her mother's death in childbirth and her father's fall to the dark side of the Force, Leia and her twin brother Luke Skywalker were separated to keep them hidden from the Sith Lords Darth Sidious and Darth Vader. As the adopted daughter of a politician, Leia Organa eventually succeeded Bail by representing their homeworld in the Imperial Senate, though secretly she supported the Rebellion. During the Galactic Civil War, however, Alderaan was destroyed along with its inhabitants and the royal family by the Empire's DS-1 Death Star Mobile Battle Station, causing Organa to openly fight the New Order as a leader of the Rebel Alliance.

In the aftermath of the Battle of Endor, Organa married the Corellian smuggler Han Solo and learned the Jedi arts as her brother's apprentice until giving birth to her son, Ben Solo, on the day of the Empire's capitulation in 5 ABY. Her personal and political life suffered in the years that followed, with Ben turning to the dark side like his grandfather before him, adopting the persona of Kylo Ren, and the Galactic Senate sidelining Organa's career. Adopting the military rank of general, she led the Resistance during the Cold War and sought to make amends with Ben. Despite her efforts, the First Order succeeded in destroying the New Republic, and Organa's husband died at the hand of their estranged son in 34 ABY. Organa continued to lead the Resistance during the war against the First Order, all the while training Rey—a Force-sensitive scavenger from Jakku—as a Jedi.

As her health declined, Organa used her remaining strength to reach her son, calling him back to the light side of the Force. Following her death on Ajan Kloss in 35 ABY, the Resistance defeated the forces of the reborn Darth Sidious's Sith Eternal on Exegol, and inspired an uprising against the First Order across the galaxy. The heir to three inheritances, Leia Skywalker Organa Solo's legacy passed on to the Jedi Rey Skywalker, the military leader Poe Dameron of the Resistance, and Ben Solo, her only son, who ultimately returned to the light and sacrificed himself for Rey. 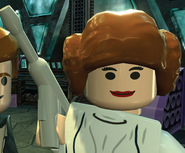 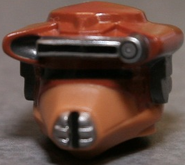 Leia in The Empire Strikes Out