Alexis "Lex" Murphy is Timmy Murphy's sister and John Hammond's granddaughter. Lex is the elder of the two siblings at the age of 12-14. She has advanced computer skills, being a "computer geek", according to Timmy, that help the survivors escape a pack of Velociraptors. While initially frightened by many of the dinosaurs, Lex eventually gains maturity and courage and is instrumental in rebooting the park's systems. She along with Timmy made a cameo in the second film when Ian Malcolm comes to visit John Hammond. 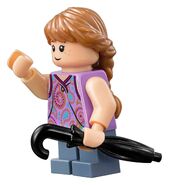 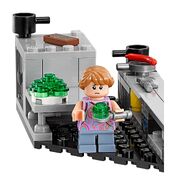