This is a list of references to LEGO is media such as films and television shows.

Honey, I Shrunk The Kids

Where the Wild Things Are

How I Met Your Mother

Malcolm in the Middle

Only Fools and Horses 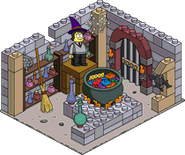 A few Bionicle Toa canisters appear behind Corey in an episode. 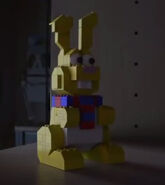 Cookie's glasses have a Bionicle arm piece attached to hold an extra lens.

Diary of a Wimpy Kid: The Ugly Truth

In Memory Lane, a boy named Tom builds a LEGO rocket to go to Jupiter, later in the episode the Doctor and Charlie meet Tom and are impressed by LEGO and his skills with it.

As LEGO Star Wars has been one of LEGO's most popular brands there are many associated memes.

Community content is available under CC-BY-SA unless otherwise noted.
... more about "List of references to LEGO in media"
RDF feed
ArticleRating
4 +
Advertisement