Man-Thing is a swamp monster who was a biochemist known as Dr. Theodore "Ted" Sallis and when Ted was in a car accident, chemicals and energy from the Nexus of All Realities transformed him into the Man-Thing.

Before his death and rebirth as Man-Thing, Ted Sallis was married to Ellen Brandt. She attempted to sell his research on a new Super-Soldier Serum to AIM, leading to the crash that transformed her husband. Ellen was also one of the first to encounter Man-Thing and was left with permanent facial scars as a result. 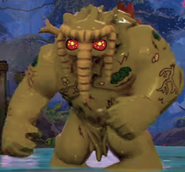 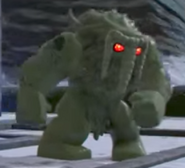