Minecraft is a licensed theme introduced with the set 21102 Minecraft Microworld (a CUUSOO review qualifier) in June 2012. More sets arrived after it in September 2013 with the continuing license agreement between the LEGO Group and Mojang. [1] It is based on the popular indie sandbox game Minecraft. This theme introduced a new kind of figure: the Micro Mob.

Minecraft is a sandbox indie game originally created by Swedish programmer Markus Persson (Notch) and later developed and published by Mojang. The creative and building aspects of Minecraft allow players to build constructions out of textured cubes in a 3D procedurally generated world. Other activities in the game include exploration, gathering resources, crafting, and combat. Gameplay in its commercial release has four principal modes: survival, which requires players to acquire resources and maintain their health and hunger; adventure, is a game mode intended for player-created maps by limiting some of the gameplay in Minecraft, in which the player cannot directly destroy most blocks to avoid spoiling adventure maps or griefing servers. Most blocks cannot be destroyed without the proper items. However, players can still craft items and interact with mobs, item frames, and paintings; Another gamemode similar to Survival is Hardcore Mode, so once the player dies they cannot respawn.; Spectator mode is a game mode which allows you to fly around to watch the world without interacting with it. Spectator mode can be entered by using the commandand. and creative, where players have an unlimited supply of resources, the ability to fly, and no health or hunger.

In late December 2011, the concept of a Minecraft-themed set was submitted to LEGO's website CUUSOO. Due to the game's large fanbase and the large LEGO fanbase, the concept received the 10,000 supporters it needed very quickly. The concept went through a long review period, and after going through all of the nescessary product tests, a set was produced, 21102 Micro World, unveiled at LEGO World Copenhagen in February 2012. The set went on sale June 1, 2012. Many units of the set were sold.

On November 2, 2013, at MineCon 2013, LEGO announced brand new minifigure-scale Minecraft sets. Fans can leave their input and ideas for the new sets on the LEGO Minecraft Facebook page.

A teaser image of the minifig-scale line

Title card of "LEGO Minecraft: The Village of Mythical Mermaids".
Add a photo to this gallery 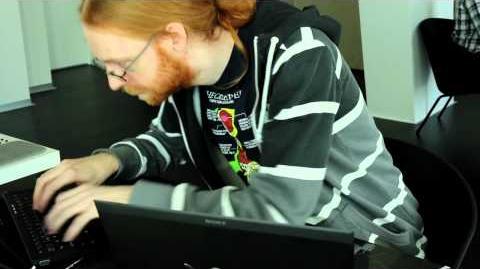 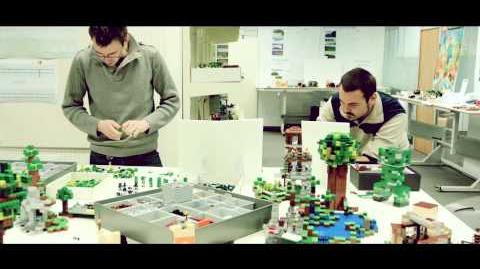 LEGO Minecraft Cobuild
Add a photo to this gallery

Retrieved from "https://brickipedia.fandom.com/wiki/Minecraft?oldid=1995417"
Community content is available under CC-BY-SA unless otherwise noted.