He was a wizard who attended Hogwarts School of Witchcraft and Wizardry and was sorted into Gryffindor house. He was executed by an improper decapitation, after he argued with Lady Grieve. His head is still partially attached to his neck. Since then, he is the resident ghost of Gryffindor Tower at the Hogwarts Castle. He attempts to join the Headless Hunt every year, but his request is always denied since he is not fully decapitated.[2] In Harry Potter: Chamber of Secrets, Nick is the 3rd or 4th person to be petrified (no one knows since he and Justin Finch-Fletchley were attacked by the Basilisk at the same time). 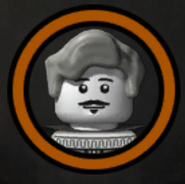 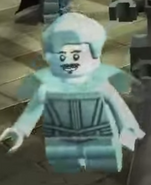