Nova Hunter is the chief in the Exploriens theme. He appears in the game LEGO Racers as an opponent in the last circuit.

Nova Hunter features light gray legs, black leg assembly. The torso bares a large Explorien logo on the front with gray arms and black hands on each side. The head assembly has Nova Hunter's face printing of a red mustache and eyebrows with a head set on the left of the face. A head accessory is a gray helmet with a neon-green visor.

Nova Hunter is known to be the leader of the Exploriens. 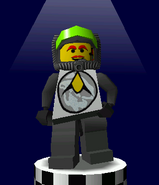 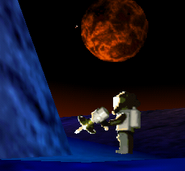