This article is about the villain from Alpha Team. For other uses, see Ogel (disambiguation).

Ogel, often referred to with the title Evil Ogel, is the villain of the Alpha Team theme.

Ogel was initially designed by Digital Domain, who were developing a video game then known as LEGO Logic. When LEGO Logic was redesigned into LEGO Alpha Team a mere six months before its release in 2000, Ogel was one of only two characters to be kept in the new design, the other being Tee Vee.[1] This design of Ogel had a plain black torso/arms and legs, a custom armor piece, and a black helmet with a large gold visor. His face was never revealed. The color of his hands was inconsistent, with his in-game appearances in LEGO Alpha Team having yellow hands, but the intro animation for LEGO Logic giving him black hands. The final intro for the LEGO Alpha Team game shows him with both yellow and black hands at different points.

When LEGO released sets based on LEGO Alpha Team in 2001, Ogel's design was tweaked. He was given a slightly modified version of the Zotaxian armor piece, as the original version of the piece does not allow his helmet to fit properly. His hands were now consistently black, and his face was revealed (which partially recycles Señor Palomar's face design, but with a different mouth and slightly higher placed eyes, one of which is red). It is unknown if Ogel's face was designed by the game developers and just never shown by them, or if LEGO designed the face themselves when it came time to produce physical sets.

In the 2002 Mission Deep Sea sets, Ogel's design remained unchanged, aside from one of his hands being replaced with a Transparent Red hook, which was never specifically explained in the story.

When Alpha Team relaunched in 2004, the hook's color was changed to Transparent Fluorescent Blue.

In the original LEGO Alpha Team video game, Ogel has captured most members of the Alpha Team, and is producing Evil Orbs that turn regular townspeople into mindless zombies (referred to as Skeleton Drones from the release of physical sets onward). The end goal of his plan is to load his Boggle Rocket with Evil Orbs and spread them across the whole world. The player, taking the role of Alpha Team chief, directs Dash and the other team members as they're rescued as they infiltrate Ogel's bases (Ogel Island, Goo Caverns, Deep Sea Orb Factory, and Arctic Command Base) and stop his plan. Throughout the game, Ogel occasionally appears, monologuing to the team members as they progress through his bases; one of his monologues accidentally gives away the existence of the secret Arctic Command Base. In the end, the Alpha Team succeeds in stopping the Boggle Rocket from launching, and Ogel accidentally triggers the self destruction of the Arctic Command Base in a tantrum.

The 2001 Alpha Team sets had a looser story surrounding them, but still followed the premise of Ogel attempting to take over the world by launching a rocket full of Mind-Control Orbs, though this time from the Ogel Control Center inside a volcano. In The Return of Ogel, after his defeat, Ogel uses disguised drones to distract Alpha Team while he uses lasers to destroy major cities, although the real Ogel is given away by his cat Mr. Whiskers. In Evil Music, Ogel attempts to control the world's weather via a special pipe organ, but is stopped by Dash and Cam. In the Rescue From Dino Island comic, Ogel uses his orbs to control the Dinosaurs and ruin the holidays, although his plan is foiled by Alpha Team, the Studios crew, and the Life on Mars team.

The 2002 sets, "Mission Deep Sea", involved Ogel altering his orbs to mutate sea creatures in an attempt to control the world's oceans. In the online game Into The Deep, Ogel is distracted by Cam while Dash sabotages his Evil Orb machine, though Ogel escapes in his Ogel Mutant Squid while his Ogel Underwater Base explodes. In Super Soggy Soccer, Ogel kidnaps the champion red and blue Soccer / Football teams to play in his underwater glass dome, although he is caught by Pepper Roni while Alpha Team rescues the players.

In the 2004 story of the relaunched LEGO Alpha Team, Ogel's plan is to freeze the world and eventually time itself from his Mountain Fortress. His plan succeeds, but then Zed arrives to undo Ogel's victory. Ogel emerges in his Scorpion Orb Launcher to battle Zed's Blizzard Blaster. At the end of the comic, the LEGO Magazine had a contest for fans to write their ending to the battle; the winning entry was never revealed, but it is assumed that Zed defeated Ogel.

In the 2005 LEGO Club Feature Story Ogel Speaks, Ogel begins his summer vacation with an interview. He claims that he is legally changing his name from Evil Ogel to Misunderstood Ogel. Ogel reveals that he is a direct descendant of Vladek, the main villain of the Knight's Kingdom II series.[2] 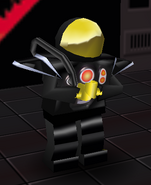 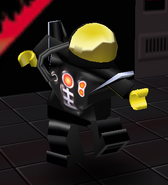 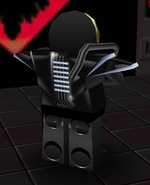 Portrait of Ogel and his Zombies

Portrait of Ogel on his throne

A partial bio for Ogel.


Ogel is arch-nemesis of the LEGO Alpha Team. Who knows what evil schemes he’s dreaming up behind that mask? And who is he behind that mask? +, BACKGROUND
Ogel is unknown to most bu … BACKGROUND<br/>Ogel is unknown to most but reports indicate he's been around forever. Research has failed to turn up any records on him whatsoever. There is currently much debate (even some controversy) within the intelligence community about his alleged immortality.PERSONALITY PROFILE<br/>Narcissism bordering on pure evil. His thoughts are so dark he is his own black hole. Doesn't talk much, preferring to communicate unseen through distorted public address systems or by sinister laughter.THREAT ANALYSIS<br/>Ogel is a great influencer who effortlessly commands the attention of those impressed with evil. He is an expert practitioner of all forms of mind control--idle hands and unquestioning minds are his delight. Noiselessly appears and disappears with disturbing suddenness. His full time goal is to possess and rule the LEGO universe and deconstruct it brick by brick.COMMUNICATION INTERCEPTS<br/>We have yet to break his encryption code. In one of the few non-encrypted communications of his that we have intercepted, he was heard to say: "I am the evil Ogel, Lord of Deconstruction! You cannot stop me! I will have you all deconstructed! Ha ha ha ha!" YOUR MISSION<br/>Stop the evil Ogel and his skeleton drones from taking over the world.keleton drones from taking over the world. +, OGEL
Ogel is an evil genius who somehow always manages to escape just before Alpha Team can catch him. He's convinced that when the final showdown comes, he'll defeat Alpha Team and rule the world! +  and OGEL