Part 30238 is a piece shaped like a spider. It has a hole on the bottom so it can connect to studs. It was introduced in the Adventurers theme.

The giant Spiders of Waldurk Forest had always been scary too look upon but had not troubled travelers or villagers before. Now that the monsters have infested the land, the Spiders have grown aggressive and pose a dangerous threat to anyone who dares enter the forest. STRENGTH 1 Lose a battle against a monster and he will take as many Health away from your Hero as his strength category shows. 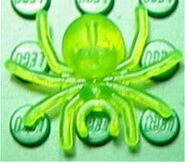 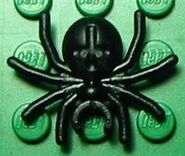 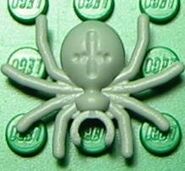 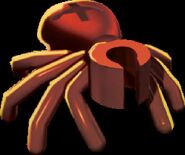 The red spider as it appears in Lego Indiana Jones: The Original Adventures 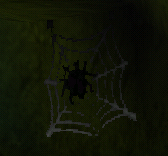 A spider in LEGO Racers

A spider in Build mode in LEGO Racers