Professor Filius Flitwick is the Charms teacher at the Hogwarts School of Witchcraft and Wizardry in the Harry Potter theme. He is short and often stands on stacks of books so that he can see over his desk and teach his students. He is the head of the Ravenclaw house.

Professor Filius Flictwick is a half-goblin wizard who is head of Ravenclaw House the Charms teacher at the Hogwarts school. He is very short. 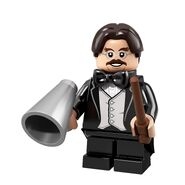 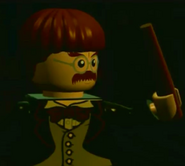 Flitwick on display at the 2010 Toy Fair 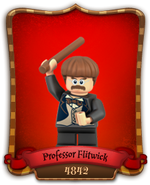