R2-KT is the feminine-programmed pink Astromech Droid that appears in The Quest for R2-D2, a LEGO Star Wars film. She was also planned to be in LEGO Star Wars III: The Clone Wars, but was cut for unknown reasons, She can be accessed via modding the game.

R2-KT was a white and pink astromech droid. R2-D2 is smitten with her when they first meet, and they later take a romantic boat ride together at the Skywalker World amusement park. 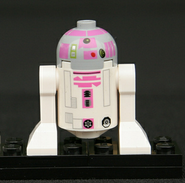 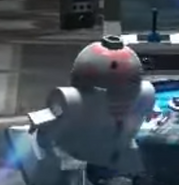 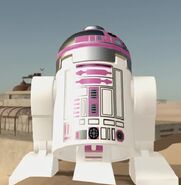 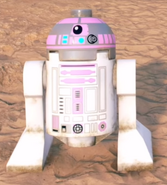