Brickipedia
Register
Don't have an account?
Sign In
Advertisement
in: Class 3 articles, The Lord of The Rings minifigures, Minifigures introduced in 2012,
and 2 more
English

Radagast the Brown, also referred to as simply Radagast, is a minifigure from The Lord of the Rings theme that appears in LEGO The Lord of the Rings: The Video Game. Radagast was also included in 79014 Dol Guldur Battle as part of The Desolation of Smaug subtheme of The Hobbit.

Radagast the Brown was one of the five Wizards summoned to protect Middle-earth, along with Saruman the White, Gandalf the Grey, and the Blue Wizards. Like the other Istari, Radagast was thousands of years old and took the form of an old man. He was the caretaker of woodland creatures, and lived in the southern part Greenwood the Great, later Mirkwood. Radagast preferred the company of animals rather than people. Radagast aided in the finding of the Necromancer (Sauron's alias as a dark sorcerer), and helped the company of Dwarves get to Rivendell. 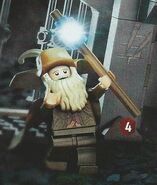 Alternative Expression and Back Printing 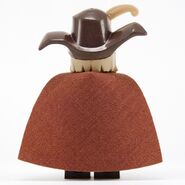 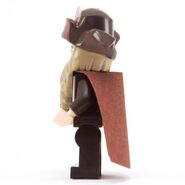 Portrait of Radagast the Brown in 10237 The Tower of Orthanc