Rohan Soldier is a minifigure released in May 2012 for The Lord of the Rings theme. It has appeared in one set to date.

The Rohirrim are the soldiers of the Kingdom of Rohan, under the leadership of King Théoden and Eomer. They are famous for not being trained in blocks of troops like ordinary Men, but can fight from all points, as swordsmen, spearmen, archers and cavalry, and are incredibly accurate with throwing spears and a bow on horseback, and are incredibly skilled horsemen, nicknamed the Riders of Rohan. They come to rescue the heroes at Helm's Deep. 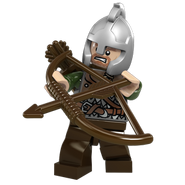 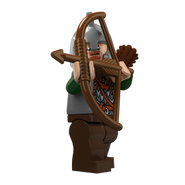 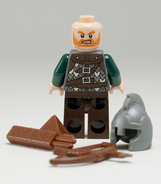 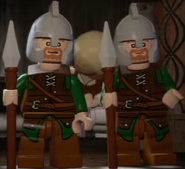 Add a photo to this gallery
view · talk · edit Middle-Earth minifigures
Retrieved from "https://brickipedia.fandom.com/wiki/Rohan_Soldier?oldid=1948646"
Community content is available under CC-BY-SA unless otherwise noted.