Rowan North is a Ghostbusters minifigure introduced in LEGO Dimensions in 2016.

Rowan North is an occultist, former Mercado Hotel employee and the main antagonist of the 2016 movie Ghostbusters. He is obsessed with the supernatural as well as his hatred towards others who mistreated him throughout his personal life and sought to achieve revenge and respect by bringing out a series of catastrophic paranormal activities on a mass scale which he strangely calls the "Fourth Cataclysm" via his occult machine which connect the ley lines within the New York area to the Mercado Hotel in Times Square and breaking down the barrier between worlds. 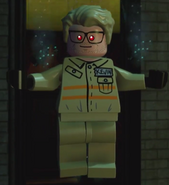 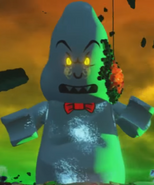