Rufus Scrimgeour is a playable character in LEGO Harry Potter: Years 5-7. His character token is located in London.

Minister Rufus Scrimgeour (d. August 1, 1997) originally joined the Ministry of Magic as an Auror, where he became a hardened veteran spending most of his life fighting Dark Wizards. Eventually he rose to become Head of the Auror Office. During the Second Wizarding War, Scrimgeour was appointed to succeed Cornelius Fudge as Minister for Magic. While he appeared to provide a much tougher and resolute stance against Lord Voldemort and his Death Eaters, he made the same mistake of creating the appearance of safety and security, while in truth Scrimgeour's efforts were wanting in progress in the war. This policy ultimately cost Scrimgeour his life, as it left the Ministry open to infiltration by the Death Eaters, who used several high-ranking Ministry officials, all of whom had been subverted to their control, to launch a successful coup and bring the Ministry under Voldemort's control. Voldemort, wanting the location of Harry Potter, captured and brutally tortured Scrimgeour, though when Scrimgeour refused to talk, Voldemort killed him. 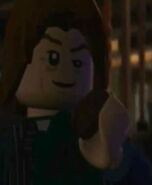 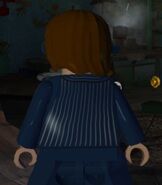