They appear in two colours - white and black. Some wear armour, and some wear helmets. Weapons they use include scythes, flails, spears and axes. Skeletons sometimes ride skeletal horses and dragons. 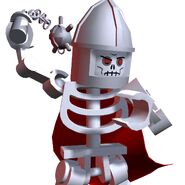 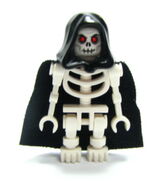 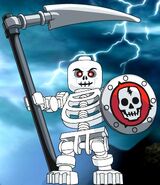