Snake is a Rama Xalax Figure from the LEGO Racers subtheme Xalax. Snake also appeared in the video game LEGO Racers 2 as a CPU racer on the planet Xalax.

Snake is a cunning driver, who's not afraid of taking risks. Also, he strikes mercilessly on other racers whenever he has the chance. 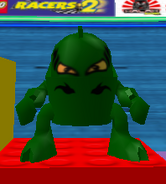 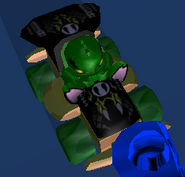