Soldier of the Dead 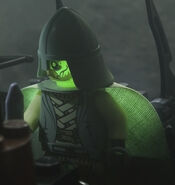 The soldier in LEGO The Lord of the Rings: The Video Game