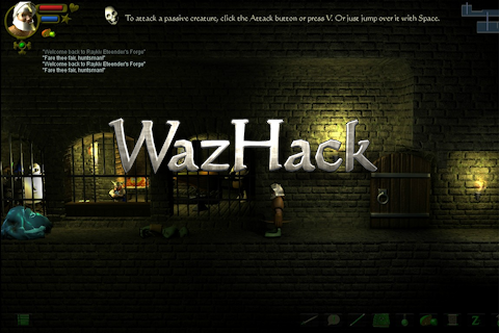 WazHack is a procedurally-generated dungeon game. This is not a twitcher - you can spend all the time you need contemplating what to do in any situation - and with over 250 different types of items to be found, there…