Stan Shunpike was a conductor on the Knight Bus. Shunpike informs Harry Potter about Sirius Black's escape from Azkaban (the wizarding prison) and the crimes he committed to end up there. Later, Shunpike was sent to Azkaban for bragging about being a Death Eater, however, he was under the influence of the Imperius curse. In Harry Potter and the Deathly Hallows, he was broken out of Azkaban by other Death Eaters. 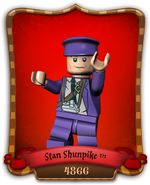 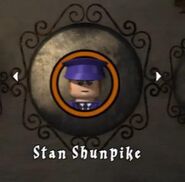 Stan in the video game