Steve Rogers is the identity of the super-soldier Captain America, created during the Second World War using a super-soldier serum. As Captain America, Steve fights against a variety of enemies using his superhuman abilities and indestructible shield. One of his main recurring enemies is the terrorist organization HYDRA, with which Red Skull is often affiliated.

Rogers fought alongside life-long friend, Bucky Barnes. Bucky seemingly died on a mission during World War ll, though eventually returned as the Winter Soldier and assassinated Red Skull. Steve was eventually able to turn Bucky back into a hero. 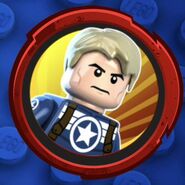 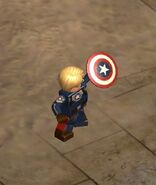