Ororo Munroe was an orphan who grew up on the streets of Cairo, Egypt, making a living for herself as a pickpocket. In a moment that would unexpectedly decide her destiny, she attempted to steal from Charles Xavier, a powerful mutant telepath also known as Professor X. This chance encounter would lead Xavier to track down Munroe years later, finding her living among a small tribe in Kenya. As Ororo's mutant ability to create and change weather elements at her liking had emerged in this time, the tribe saw her as a goddess. She was then recruited by Xavier to join a new team of X-Men, formed to rescue the first team from the living island of Krakoa. Since then, Ororo has been a key member of the X-Men, serving as the team's leader on multiple occasions.

Storm in her minifigure form. 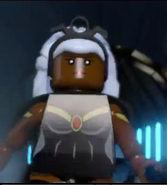 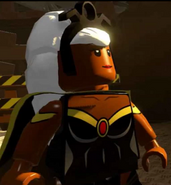 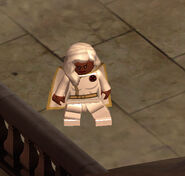