This article is about the bumps on LEGO bricks. For the part commonly referred to as a stud, see Part 4073.

Studs are small, cylindrical bumps that are on top of most LEGO bricks that hold together the brick above it. All studs of LEGO Bricks have the word "LEGO" printed on them. Not all LEGO bricks have studs, there are some which have smooth sides and are stud-less (yet these pieces will still bear the word LEGO)."Stud" is also some times used as a unit of measurement. Example: 2x4 means two studs wide and four studs long.

Studs are the basis of all LEGO systems, and is used extensively in storylines by the Minifigures, a stud for them can be: 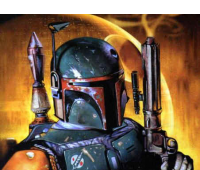