"I will defeat you - with HONOR!"
―The Super Wrestler

Super Wrestler is a Minifigure released in 2010 as part of 8683 Minifigures Series 1.

The super wrestler has a blue head, printed with a red wrestling mask with small white dots outlining it, as well as narrowed eyes and a grimace. His flesh tone is yellow, and his chest is printed with muscles, as well as a pale blue tank-top and a large wrestling belt. His legs are pale blue, and have white wings printed on them with small black dots outlining them. His hips are red. He also wears a red cape. 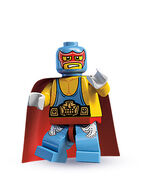 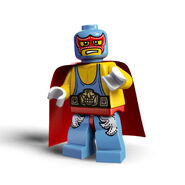 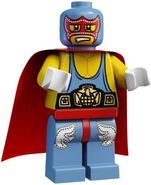 The Super Wrestler on his base 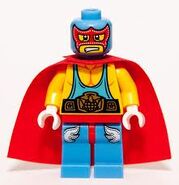 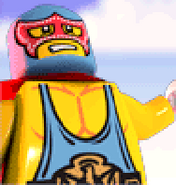 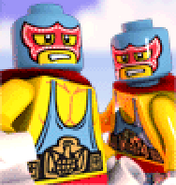 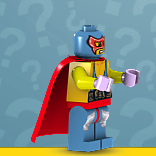 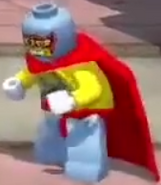 Retrieved from "https://brickipedia.fandom.com/wiki/Super_Wrestler?oldid=1929380"
Community content is available under CC-BY-SA unless otherwise noted.