It would be nice if there was an inputbox on the main page. Like this:

I suggest that someone update the feature article section soon, before I start laughing too hard :P Ajraddatz(Talk-BANHAMMER) 01:41, October 3, 2009 (UTC)

I think there needs to be more content on the main page. We have all the "Did You Know's?" on the left side and then a huge blank spot underneath. Maybe we should start brainstorming ideas or just simply move a collum from the right to the left. Construction Worker Do you need help? 23:09, January 4, 2010 (UTC)

I agree. Perhaps good articles under the FA's of the month (like a random good article, similar to Wookieepedia's main page). -Nerfblasterpro: It's Nerf, or Nothing!

That's true. Maybe instead of updating everyday like Wookieepedia, it can update once a month or so. Construction Worker Do you need help? 21:03, January 7, 2010 (UTC)

What if we added a news collum, not like the other one, but one that covers new and important topics in greater detail. I've started the LEGO News Now on my blog and I was wondering what you would think if we put that on the main page? The first edition is up with startling information. Construction Worker Do you need help? 00:12, January 8, 2010 (UTC)

As good as that sounds, I don't think it would be as good, since we already have a news template. hm...I'm at a blank for now. I'll try to think of something. -Nerfblasterpro: It's Nerf, or Nothing!

lol. Perhaps... :P -Nerfblasterpro: It's Nerf, or Nothing!

=|... I never screamed anything. That was the other users' comments. Like I said, I only capitalized the title because that's what is done on news websites for breaking news and important topics. Construction Worker Do you need help? 21:24, January 8, 2010 (UTC)

Now that's what I'm talking about! It's awesome, LegOtaku! I was thinking of mentioning about adding polls but I could never remember it. Do you think we should start a forum for it? Construction Worker Do you need help? 11:57, January 9, 2010 (UTC)

It's awesome! Long, but still good! :) -Nerfblasterpro: It's Nerf, or Nothing!

Me is too! -Nerfblasterpro: It's Nerf, or Nothing!

Okay, this happens to be reoccuring for me lately on lego.wikia.com. If my post is longer than the my screen (when I am typing text), the text area scrolls to the top and you cant see where you are typing anymore. This will also happen if a new post is wider than the text screen is and I can't see the bottom very well while typing as it keeps scrolling up. Any suggestions?

Wow! The same thing happens to me when I hit the preview button (go figure). Maybe contact wikia about this matter. -Nerfblasterpro: I PRESS SMASH BUTTON!

Maybe if we had a running competition for custom Lego Images and the winner gets a certain number of points or even a badge until he/her is beaten by another picture. The winning picture for the year could be posted along the top of the Websit for all to see. --Looster123 03:13, July 2, 2010 (UTC)Looster123

Thanks a lot for that info.

Which one is a good idea, the MOCpages group or doing it at Brickipedia?

I think a search bar on the mainpage would look alright. It kind of reminds me of the new page creator search thingy that used to be on the mainpage. -Nerfblasterpro: Can you believe it's only been a year?

I've looked around this wiki, and as a LEGO fan since 90's, i think we need to fix red bricks on older LEGO Video games

In the upcoming books section, the Harry Potter book is listed twice.

Hi all. A new advertisement was added to the main page today. I was going to edit the page to fix the collision with the header, but there are so many templates embedded that I didn't want to go picking around with someone's design. Please let me know if you need any help with the layout. —Scott

Yeah, it's the one on the right. Normally, I could easily adjust the width so that the Brickipedia banner fit into the main section on the left while the ad streamlines with the right column, but I think there are some table elements that open and close in the various templates embedded in the page. I can do a fix, but I figured someone closer to the way the wiki has been laid out would prefer to dig around and find the appropriate code to adjust the table cells, and maybe take the opportunity to simplify it a bit. —Scott

The "This Month's Logo" section describes the Winnie the Pooh DUPLO figure, but capitalizes "figure" for no good reason. Can one of the administrators change it so it is lowercased? Lego lord 22:59, March 3, 2011 (UTC)

Hi, im MAESTRO AX, Administrator-Burócrat of Lego Enciclopedia (es.lego.wikia.com), is the new wikia of Lego in hispanish, im not spanish and ai not talk good english, sorry for my message. Please adjunge mi wiki in you´r zone: LEGO Wikis in Other Languages Thanks very Much - MAESTRO AX

JSYK, he is not me or affiliated with me. I'm maestro35, maestro35-kojac29 on LEGO.com. Nothing against him, just didn't want people getting the two of us mixed up.

Is it really Jedi1995!? It looks like he's a real vandal (from his talk page), and it doesn't look like anyone has voted for him. CAN SOMEONE PLEASE STRAIGHTEN THIS OUT FOR ME!?

@Ajr, it's funny that you said it wasn't April 1st, although your signature says it is.

The Legend of Swipe Talk

In the On this day section you should change "Toys 'R' Us" to "Toys "R" Us" since that is what we go by. The Legend of Swipe Talk

As a request, and (possibly) a new addition to the homepage, could you add [[1]] to your official friends section?It would bring great thanks, as we only have 5 members. (After a while, you could remove it.) βʮɠ- "I'm telling you, one day we'll all be stuck eating trash.If I don't endulge on pie now, I'll forget the delecacy!" 15:29, April 22, 2011 (UTC)

This section contains extremely tiny font and is near impossible to read. IDK how someone would go about changing that, but yeah. The MarioGalaxy2433g5 {talk/contribs/Logs} 03:33, April 26, 2011 (UTC)

I just wanted to give you brickipedians a head's up, you were featured in a question on the game show Cash Cab! :)

Logo of the month

Ok, I tried ti fix this last time but the page was locked. Now it's changed but it's still completally wrong. I'm fairly certain a boy with a basket is neither a jedi nor a man made of bricks. Can someone please fix this? --TheLairOfRockwhales 17:13, October 1, 2011 (UTC)

Give me ideas plz.

red would be cool

someone made me exit the other wiki, so i want to say im sorry, and to also check out that im an administrator of the disney fan fiction spin off wiki! check it out!

Please change on the mainpage

Done. Thanks for pointing that out! -Cligra Join the redlink war!

Is there a purple and lime green version of the background I can use?

Currently I am using Monobook and our mainpage is not understandable at all. If it was a tiny bit more spaced out it would look a lot better but I don't know how to so... can anyone do it? klagoer

Can somebody change the logo?

Disney Princesses shouldn't be the logo for Brickipedia. It came out a long time ago and there are a lot more themes that came after it. --Joeisawesome 17:25, June 23, 2012 (UTC)

No as that was voted to be this months logo.Clone gunner commander jedi talk

I would just like to point out that their is a blank section at the top of the home page. It has been there for a while now. Can someone get rid of it?

A couple of errors in the "Events" section

I wouldn't know how to fix it, and can't; but I think the template was screwed up.

Does anybody else have a large white space between the heading and slideshow gallery? --Berrybrick (Talk) 20:14, January 1, 2013 (UTC)

Hey, I made two icons to match the LEGO logo for the sets and minifigures categories. I have no idea how they would get where they belong or if you guys even agree with them. So let me know. 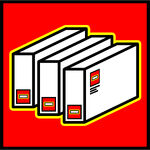 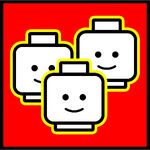 Is there any merit in having a larger presence of The Lego Movie on the homepage? The only mention I see now is in the slideshow halfway down the page, and that only links to an out-of-date page ("The LEGO Movie is out in just a few days...") with a pole on it. Can we link to The LEGO Movie or The LEGO Movie (Theme)? It feels like a wasted opportunity. :( --Crockalley (talk) 14:25, March 9, 2014 (UTC)

The main page is locked so that just admins can edit it. Which is good,except there are no admins. When there are new admins this will be changed.--

So there's no one "tending the store" right now? When The Lego Movie was at the top of the box office for three weeks in a row and all we get on the home page of Brickipedia is a little pole on the sets? That's unfortunate. --Crockalley (talk) 20:36, March 9, 2014 (UTC)

I noticed that the main page contain a cite error, there are references on the page but there is not a</references> tag on the page causing a warning to appear at the bottom of the page. -- Rider ranger47 (talk) 02:02, December 3, 2014 (UTC) [[

Ninjago: Masters Of Spinjitzu]] 2016 Might Have Twelve Seasons In This Year

My theory is that since Ninjago is going to air on TV at 9:30 AM on Saturdays and Sundays there could be twelve seasons. It's simple math. And also possible. I'll explain it to you if you don't understand. There are five Saturdays and five Sundays in January. ad them all together and you get ten. that's why there could be twelve seasons this year. if you have questions or other theories please leave them below. Thank You All!

The main page is feeling a bit dated on its info; it's still got Lego Marvel Superheroes 2 and The Lego Ninjago Movie based stuff on the sliders. Think the theme section needs some brushing up too.--Kilmarnock228 (talk) 03:15, February 22, 2019 (UTC)