8 1/2 years later, an ordinary construction worker named Emmet Brickowski heads to work at a construction site in Bricksburg. After helping to demolish some buildings, Emmet loses grip of his instructions and catches up to them at a pile of debris where he comes across Wyldstyle. He suddenly falls into a hole where he reaches the bottom and finds a relic named "The Piece of Resistance". Emmet wakes up in the custody of the Super Secret Police where he is interrogated by Bad Cop who states that the piece is stuck to Emmet's back. Wyldstyle infiltrates police headquarters where she saves Emmet from the Melting Chamber and their make their escape from the police station. Emmet and Wyldstyle make it to the backstreets where they escape on Wyldstyle's Super Cycle. After Emmet and Wyldstyle make it across the city limits, Bad Cop gets frustrated at them getting away from him.

Arriving in Middle Zealand, Batman converts his Batwing into the Batmobile where he drives up a rainbow to get to Cloud Cuckoo Land. Once they enter, they meet with Princess Unikitty who welcomes them to Cloud Cuckoo Land. Upon making it to the dog building, Vitruvius addresses the assembled Master Builders to tell them about Lord Business' plot. Emmet is introduced to the Master Builders as MetalBeard questions his motive. As Emmet claims that everyone present thinks that is the least qualified of the group, they end up giving him negative comments enough that MetalBeard ends up leaving. Just then, Bad Cop and his forces arrive in Cloud Cuckoo Land where they unleash the Micro Managers. Wyldstyle and Vitruvius work to rescue Emmet, Batman, and Unikitty from their traps. Upon being joined by Benny, the group decides to build a submarine to get away from Bad Cop's forces.

After escaping from Bad Cop's forces, the heroes escape into the Depths. Emmet comforts Unikitty over the loss of her home by building a Double-Decker Couch. As the submarine starts to flood, Benny and Vitruvius work to save the submarine and get it back to the surface. Yet the submarine explodes. Bad Cop unleashes the Scuba Cops to dredge the ocean for the relic while he takes the prisoners to Lord Business and give him the good news that the "Special" is no more. Unbeknownst to Bad Cop, Emmet's double-decker couch came in handy which everyone took refuge in. In the nick of time, Metalbeard arrives in his ship and saves them. Metalbeard saved them since Lord Business overlooked Emmet's Double-Decker Couch idea.

After a delivery ship is built, Metalbeard joins the heroes into infiltrating Octan Tower where they look for disguises. During Lord Business' meeting, Batman arrives as Bruce Wayne with Unikitty in disguise to invest in Lord Business' secret weapon. Emmet and Wyldstyle find the room where the Kragleizer is being held. Emmet learns from Wyldstyle that her real name is Lucy. While Unikitty stalls Lord Business and the Board of Directors, Batman catches up with Emmet and Wyldstyle where they find that Bad Cop is in the room as well. As Wyldstyle tricks Bad Cop out of the room and takes out the guards, Emmet and Batman work to cut the cables while Benny tries to shut down the shields around the Kragleizer. Before Emmet can disable the Kragleizer, the entire group is ambushed by Lord Business' soldiers.

Lord Business broadcasts to the LEGO Universe announcing that it's Taco Tuesday and uses the Kragleizer to glue everyone. Emmet roles off the battery he is strapped onto and jumps off the edge of the LEGO Universe to deactivate the self-destruct and electric shock sequence. Wyldstyle, Batman, Benny, MetalBeard, and Unikitty head to a TV studio to warn everyone about the Kragleizer. Afterwards, Wyldstyle gets her message out to everyone in the LEGO Universe to build whatever they can to defend themselves. When the Skeletrons attack, Bad Cop joins the heroes into fighting them hoping that there's still a Good Cop within him. The heroes and Bad Cop work to build Benny's dream spaceship and return to Bricksburg where its citizens are putting up a fight against Lord Business' forces.

Emmet lands in the real world where he finds his adventures being played out by a kid named Finn. Finn notices Emmet and puts him back in the LEGO Universe where he works with Blaze Firefighter to put out a fire by constructing a crane expansion to remove the electrical tower from the water. Then he saves a fellow construction worker named Gail from some ground-based Micro Managers. Emmet then combines some construction vehicles into one giant robot which he pilots. With help from Superman, Emmet pilots the Giant Mech to destroy the Micro Managers and make his way to Lord Business' lair. Then Emmet receives help from Green Lantern as Wyldstyle, Benny, and Wonder Woman work to help take out the Kragleizer Tentacles.

As Emmet embraces Wyldstyle, Vitruvius' Ghost states that he "liked Emmet before it was cool."

Differences Between the Film and the Game 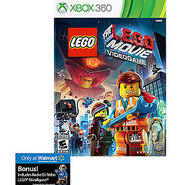 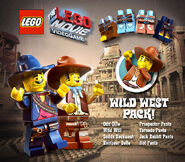 Anybody got the code? 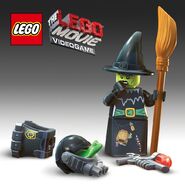 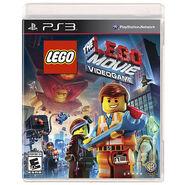 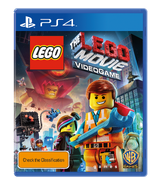 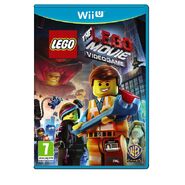 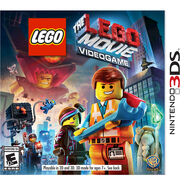 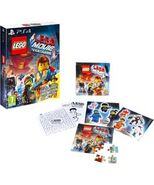 This happened after being a hacked micromanager at the end of the level and using a rainbow pad. 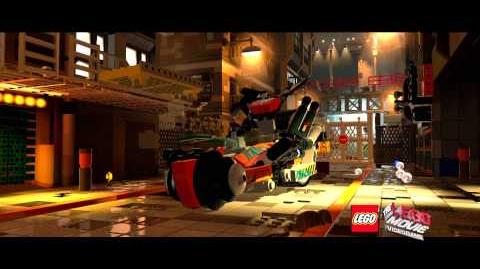 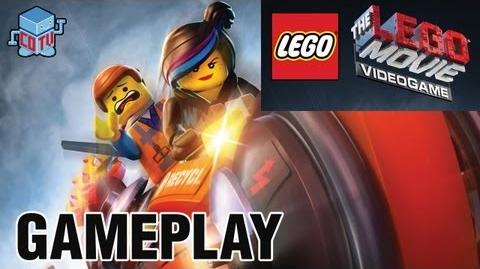