The Snake King is the sixth episode in the first season of LEGO Ninjago: Masters of Spinjitzu.

Pythor and Skales are found digging in the desert looking for a lost city known as "Ouroboros". Pythor finds a switch while digging and, when when the switch is activated, the lost city emerges from the sand.

Meanwhile, the ninja receive a package with their ZX outfits. They are then told by Nya that Serpentine have invaded Mega Monster Amusement Park. By the time they are there, they find the serpentine tied up. They are told by the park's guests that a mysterious samurai came and saved the park. Sensei Wu tell the ninja to not be jealous of the Samurai, but to instead be inspired by him. The ninja decide that whoever finds out the identity of the samurai shall become the Green Ninja. They each attempt to capture the samurai but fail.

While Kai is baby-sitting Lloyd, he leaves him at an arcade so he can look for the samurai. Lloyd notices Skales talking to the other Serpentine about Ouroborus. Lloyd sneaks on the serpentine bus, having disguised himself as a Hypnobrai. The bus takes them to Ouroborus, where Pythor challenges to fight the generals for there allegiance. Skales secretly gives Pythor the flute to charm the Serpentine in return to be Pythor's second-in-command. With the flute, Pythor forces the generals to give up there staffs. He then becomes leader of the snake tribes. Then, Lloyd drops the maracas that he was holding and the Serpentine find out his identity, leading to his immediate imprisonment.

Back at the Destiny's Bounty, Sensei Wu asks about Lloyd and, when the ninja respond that they have not seen him, they get sent out to find him. The ninja find Lloyd's tracks and the "Lost City of Ouroboros" that they lead to. They try to make a sneak attack to rescue the boy but get captured, get their golden weapons taken away, and are forced to fight Samurai X. After a long time of fighting, they start to work together to get out of arena. The ninja grab onto the exosuit and fly off to safety while Samurai X gets in a fight with the Serpentine and then later flies off to safety too, with the golden weapons. While in the sky, Samurai X's rocket boots shut down and he hits the ground. Meanwhile, the mech suit also shuts down and the ninja hit the ground, Kai being separated by the rest of the group. Kai sees Samurai X fall to the ground and goes to help, but finds out that he was Nya. Nya begs Kai not to reveal her identity, which Kai agrees to. Nya gives Kai the golden weapons and he goes to find the rest of the group, which he does.

They all go back to the Destiny's Bounty, though they the fact that they returned without Lloyd makes Sensei Wu upset. Nya then goes to her room to put her costume away and drops a weapon of her's in the process, which is picked up by Sensei Wu. Then, Wu, reflecting on the events of the episode, says "Iron sharpens iron, and sibling sharpens sibling". 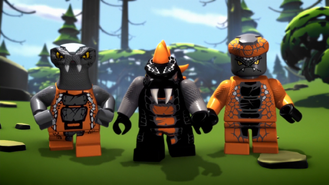 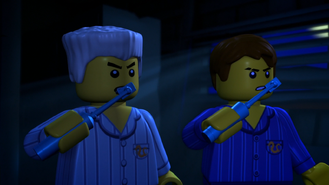 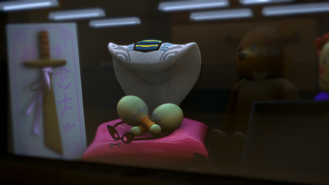 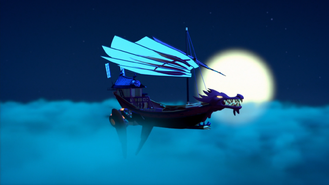 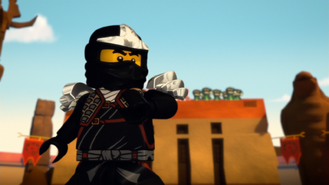 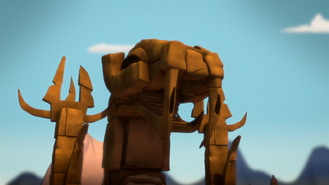 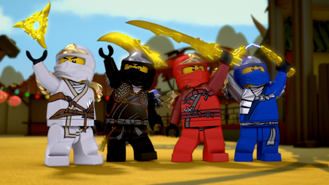 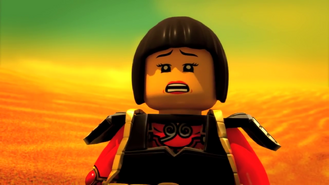