Toad is a Super Mario Minifigure that was released in 2020.

Toad is one of the seven Mushroom retainers who serve in the court of Princess Peach Toadstool. He sometimes helps Mario by giving him items or tutorials. 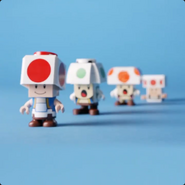