Tom Riddle is a Harry Potter minifigure first and only released in the 2002 set 4730 The Chamber of Secrets. He is also a playable character in Tom Riddle's Diary, and he controlled the Basilisk which was a boss in LEGO Harry Potter: Years 1-4. In his later years, he was known as Lord Voldemort. 'I am Lord Voldemort' is an anagram of 'Tom Marvolo Riddle'.

The Minifigure has the black hair piece 40233. The head and hand pieces are yellow, and the head has a pointed eyebrow and chin dimple printing. The body piece is the Slytherin uniform patterned torso. Between the head and torso is a blank, black cape. Finally, Tom has regular light grey legs on the bottom of his Minifigure. Tom's only accessories are his cape and a brown wand.

In LEGO Harry Potter: Years 1-4, Tom was given Gilderoy Lockhart's hairpiece except in black, a similar face in flesh (with different, more evil, facial expressions), and his robes were recoloured dark-grey.

He has the same appearance as he did in years 1-4 except he doesn't have a cape.

Tom Marvolo Riddle born to Tom Riddle Sr. and Merope Gaunt, but his father left his mother before he was born and she died of grief, so Tom was sent to the Muggle orphanage. Despite being raised by Muggles, he understood at a young age that he was different from the other children, most notably that he could speak to snakes.

Eventually a younger Albus Dumbledore came and took him to Hogwarts where Tom learned his magic. Tom became extremely powerful and eventually became the evil wizard Lord Voldemort. So Albus made an extremely massive mistake. In his school years, Riddle was a top student with a wicked passion for dark magic. He opened the Chamber of Secrets and released the Basilisk, which killed a girl who came to be known as Moaning Myrtle. However, Riddle was able to frame Hagrid and his pet acromantula, Aragog, for Myrtle's death.

This got Hagrid expelled and Tom Riddle was awarded for catching him. Tom used the murder to create his first Horcrux, his own diary. The actual Tom Riddle reappeared for a short time inside the Chamber of Secrets through his diary by draining the life out of Ginny Weasley. Harry Potter, who had been aware of the sentient diary and of Tom Riddle, and was present in the Chamber when Tom started to regain his physical form, learned directly from Tom that, when using his full name, Tom Marvolo Riddle could be respelled into the anagram "I am Lord Voldemort."

Being a descendant of Salazar Slytherin, he was able to speak to snakes, and set the Basilisk on Harry. Harry was able to defeat the Basilisk with the help of the Sword of Gryffendor and Fawkes the phoenix, but got himself stabbed by one of the giant snake's deadly fangs. The fang came loose, and, in a final act of desperation, Harry stabbed the diary with the fang, destroying the Tom Riddle Horcrux and restoring Ginny to good health. Harry's had been cured by Fawke's tears. Tom killed Harry's parents James Potter and Lily Potter and gave Harry his scar but died, failing to kill Harry. Tom Riddle now known as Lord Voldemort was feared by everybody but his biggest ambition is to kill Harry Potter or else Harry would kill him. Eventually Harry killed Voldemort through out the battle of Hogwarts with the Elder Wand after many years of fear, pain, death, and fighting. 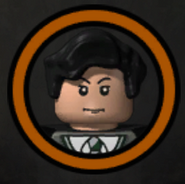 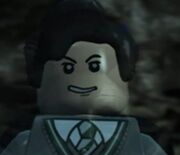 The horcruxes of Tom Riddle