Ultra Agents is a theme released in 2014. This theme features a new variety of Agents fighting disaster-themed villains attracted with danger. It has similarities to the two previous agent-related themes, Agents and Agents 2.0, such as vehicles, protagonists, and antagonists.

Ultra Agents is the first theme based off secret agents since 2008's Agents and its subtheme, 2009's Agents 2.0, which both featured similar agents, villains, vehicles, and so on. The main difference is that the Ultra Agents sets have two apps that allows the builder to interact with the sets, which was not used for either of the previous Agents themes.

The theme starts in a coastal city, Astor City, with Solomon Blaze, years after his latest mission in space, alongside his four new recruits, as they train to become agents. After they completed many different tasks, they finally became part of the Ultra Agents to give the true beginning of the storyline.

The story starts with the former Ultra Agent Morgan Lux. He wanted to control the evil of Astor City, so he created the AntiMatter Staff to fight against it, but it corrupted him instead and transformed Morgan into the super villain; AntiMatter. So he started to corrupt the citizens from different districts of the city so they could bring him all he needed to create a giant device that would corrupt the entire city, so he could get rid of their "good side", which he thought it made them weak, holding them away from their potential.

Throughout the App, each Ultra Agent gets to fight a Super Villain in a certain district, but these villains were just distractions from AntiMatter as he prepared his next big strike time later in the next App, where he finally fought against his enemies as he tried to capture and corrupt the citizens of Astor City, but he got thwarted by Agent Blaze, as he sacrificed himself and saved the people of the district. 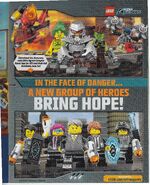 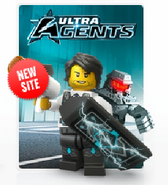 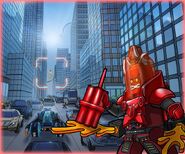 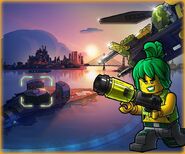 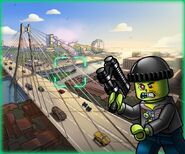 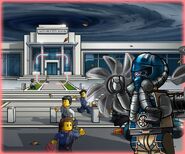 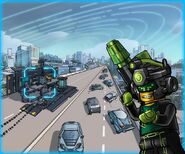 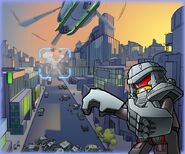 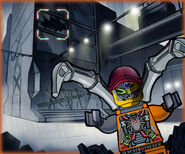 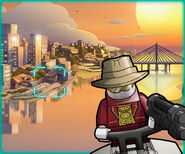 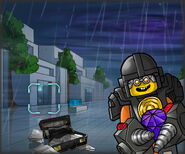 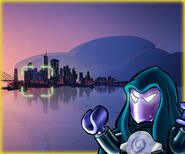