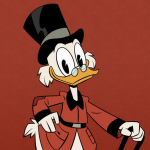 Kilmarnock228 is a longtime Lego fan, with a particular emphasis on Ninjago: Masters of Spinjitzu. He likes Lego but wishes that they would do a few things that they haven't, mostly in the area of sets or Minifigures depicting characters that they haven't yet released.

When Acronix, Krux, and other villains travel back in time to the Stone Wars, the Ninja are brought face to face with their history! The First Spinjitzu Master and his fellow Elemental Masters-of Ice (same guy from Serpentine War era), Water, Lightning, Amber, and Shadow-and Mistresses-Fire, Earth, Sound, Metal, Time, Gravity, Wind, Mind, Speed, and Smoke-face off with the Dragon Overlord and his Stone Army!

Admittedly this would be mostly for the purpose of getting an Overlord Dragon set and First Spinjitzu Master minifigure; speaking of which, some dragon matchups (physical and nonphysical; a ^ indicates my ideas, a ` indicates need for improvement):

Retrieved from "https://brickipedia.fandom.com/wiki/User:Kilmarnock228?oldid=2002749"
Community content is available under CC-BY-SA unless otherwise noted.